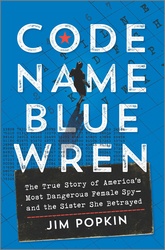 Just days after the 9-11 attacks, a senior Pentagon analyst eased her car into traffic and headed to work. She never saw the undercover cars tracking her every turn. For this was the day that Ana Montes—the US Intelligence Community superstar—was to be arrested and publicly exposed as a secret agent for Cuba.

Montes didn’t just deceive her country. Her betrayal was intensely personal. Her mercurial father was a former US Army Colonel. Her brother and sister-in-law were FBI Special Agents. And her only sister, Lucy, also worked her entire career for the Bureau.