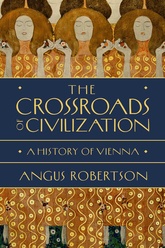 The Crossroads Of Civilization: A History Of Vienna

A powerful portrait of a historic city

Vienna is unique amongst world capitals in its consistent international importance throughout the centuries. From the ascent of the Habsburgs to the Congress of Vienna, which reordered Europe in the wake of Napoleon's downfall, to summits during the Cold War, Vienna has been the scene of key historical moments.

Scores of pivotal figures were influenced by their time in Vienna, including Empress Maria Theresa, Gustav Mahler, Adolf Hitler, John F. Kennedy, and many others. In a city of great composers, artists, and thinkers, it is here that both the most positive and destructive ideas of recent centuries have developed.

The Crossroads of Civilization is an illuminating book that exquisitely explores Vienna's rich and complex history.