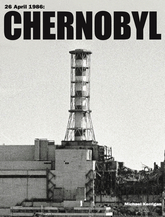 On April 26th, 1986, near the Ukrainian town of Pripyat, two massive steam explosions ruptured a reactor at the Chernobyl Nuclear Power Plant, immediately killing 30 people and setting off the worst nuclear accident in history.

Chernobyl provides a photographic exploration of the catastrophe and its aftermath in 180 authentic images. Witness the twisted wreckage of the ruptured reactor; study historic photos of the clean-up operation; see the huge pond used to cool the reactors, which today is home to abundant wildlife, despite the radiation. This stunning document of the disaster also features photos of the ghost town of Pripyat, with its decaying apartment blocks, abandoned amusement park, wrecked schools, and deserted streets.