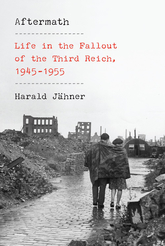 The decade that followed World War II was a raw, wild time that found many Germans politically, economically, and morally bankrupt. Victorious Allied forces occupied the four zones that make up present-day Germany and more than half the population was displaced.

Aftermath is a revelatory history of this time that illustrates how Germany reckoned with the corruption of its soul and the horrors of the Holocaust. Using major political developments as a backdrop, Harald Jähner weaves a series of stories into a nuanced panorama of a nation undergoing monumental change. Poised between two eras, this decade is portrayed by Jähner as a period that proved decisive for Germany's future—and one starkly different from how most of us imagine it today.