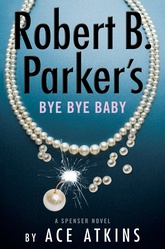 A candidate in the crosshairs

Carolina Garcia-Ramirez is a rising star in national politics, taking on the establishment with her progressive agenda. Now facing her second campaign, she finds herself not only fighting a tight primary with an old guard challenger but also contending with numerous death threats coming from hundreds of suspects.

When her chief of staff reaches out to Spenser for security and help finding the culprits of what he believes to be the most credible threats, Garcia-Ramirez is less than thrilled. Since her first grassroots run, she’s used to the antipathy and intimidation women of color often face when seeking power. To her, it’s all noise. But it turns out an FBI agent disagrees, warning Spenser that Garcia-Ramirez might be in real danger.