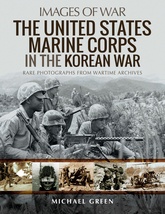 Images Of War: The United States Marine Corps In The Korean War

On June 25, 1950, the North Korean Army invaded South Korea. Among the US forces sent to South Korea was the 1st Marine Division. In September 1950, the Division audaciously landed deep behind enemy lines at Inchon port, throwing the North Korea Army into disarray. In November 1950, the Chinese Army invaded North Korea with eight divisions tasked with the destruction of the 1st Marine Division at the Chosin Reservoir. The bitter three-year conflict accounted for the death of 4,267 Marines with another 23,744 wounded.