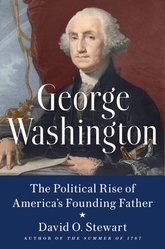 A leader of ambition, ego, and vision

From Virginia's House of Burgesses, where Washington learned the craft and timing of a practicing politician, to his management of local government as a justice of the Fairfax County Court to his eventual role in the Second Continental Congress and his grueling generalship in the American Revolution, Washington perfected the art of governing and service, earned trust, and built bridges. The lessons in leadership he absorbed along the way would be invaluable during the early years of the republic as he fought to unify a new nation.